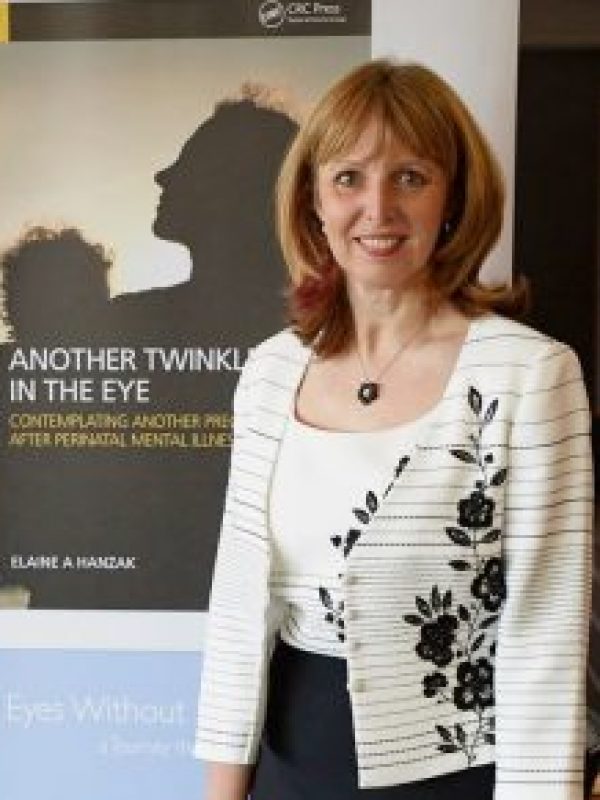 Elaine Hanzak was a school teacher who expected motherhood to be just like the magazines portray!

In reality she developed a serious form of postnatal illness, puerperal psychosis, and appreciates first-hand what the effects of perinatal mental health can be for all involved. She wrote her story in a book ‘Eyes without Sparkle – a journey through postnatal illness’ (CRC Press 2005), to increase awareness, campaign for more services and inspire other sufferers. Since then she has been speaking and writing further on the topic and went on to complete her second book ‘Another Twinkle in the Eye – contemplating another pregnancy after perinatal mental illness’ (CRC Press 2015). This was highly commended by the BMA for outstanding contribution to medical literature and shortlisted for their Popular Medicine Book of the Year 2016. She has been told that her first book has literally saved lives and her second, to help create new ones.

Elaine’s presentations are usually endorsed for being informative, inspiring, motivational and humorous, often giving her audience food for thought and future improved actions. Increasingly she is asked to chair conferences in addition to speaking. She has often been featured in the media and has appeared on national television and radio programmes such as BBC Breakfast and Radio 4 Woman’s Hour.

Any cookies that may not be particularly necessary for the website to function and is used specifically to collect user personal data via analytics, ads, other embedded contents are termed as non-necessary cookies. It is mandatory to procure user consent prior to running these cookies on your website.