Keynote speaker Mark Williams is an advocate for fathers' mental health. He is a motivational speaker and, on a mission, to start the conversation about fathers' perinatal mental health issues and mental health in general. 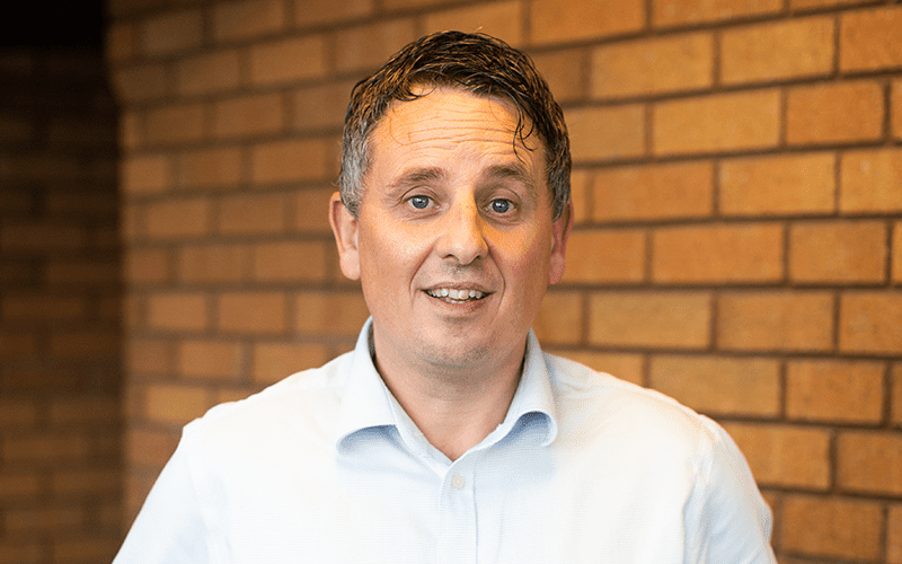 Keynote speaker Mark Williams is an advocate for fathers’ mental health. He is a motivational speaker and, on a mission, to start the conversation about fathers’ perinatal mental health issues and mental health in general. Mark has been featured in the media several times and has spoken at more than 350 conferences and events.

Born in the Welsh Valley and the first member of his family not to go underground as a coal miner was brought up to be the strong one while struggling in school became a British Champion. Due to Rave scene in 1990 for seven years partied and was leading down the wrong path in life until he found his wife Michelle.

Mark Williams had a career in sales management and training, but after his own experience with looking after Michelle with post-natal depression and struggling himself in 2004, he became involved in the health sector. He first struggled to find someone to talk to about his depression, which led to a breakdown. However, he was put on medication and was taught behavioural cognitive therapy and mindfulness. Today, speaker Mark Williams and his wife are closer than ever, although their family bond was threatened by the seriousness of mental health illnesses.

Speaker Mark Williams is the founder of Fathers Reaching Out – an organization with a mission to prevent, treat and spread awareness about fathers’ mental health. Mark is also the founder of International Fathers’ Mental Health Day and has been awarded Inspirational Father of the Year in 2012 and Local Hero at the Pride of Britain Awards. In 2016, speaker Mark Williams was chosen to meet the Royal Family on World Mental Health Day. Mark works as an international speaker, consultant to organizations on men’s mental health, trainer in Perinatal Mental Health and author of Daddy Blues and Fathers Perinatal Mental Health.

This website uses cookies to improve your experience while you navigate through the website. Out of these cookies, the cookies that are categorized as necessary are stored on your browser as they are essential for the working of basic functionalities of the website. We also use third-party cookies that help us analyze and understand how you use this website. These cookies will be stored in your browser only with your consent. You also have the option to opt-out of these cookies. But opting out of some of these cookies may have an effect on your browsing experience.
Necessary Always Enabled
Necessary cookies are absolutely essential for the website to function properly. This category only includes cookies that ensures basic functionalities and security features of the website. These cookies do not store any personal information.
Non-necessary
Any cookies that may not be particularly necessary for the website to function and is used specifically to collect user personal data via analytics, ads, other embedded contents are termed as non-necessary cookies. It is mandatory to procure user consent prior to running these cookies on your website.
SAVE & ACCEPT